Spotify Followers Or Listeners: Which One Is More Important? 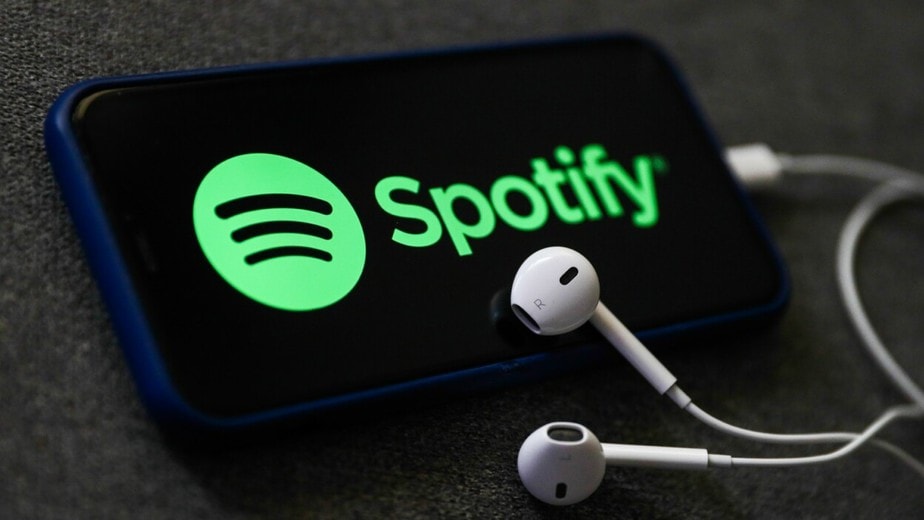 When you’re hoping to review your success as an artist, considering your Spotify followers or listeners is a metric that you need to pay attention to. After all, it indicates how many people are into your music, which is a sure sign of success for any musician.

But because listeners and followers mean slightly different things on Spotify, it’s important to consider them individually and understand what they mean for your profile as an artist.

To help you gain a better insight into your success as a musician on the platform, we explain the differences in detail and introduce ways that you can grow your Spotify followers or listeners effortlessly.

Let’s begin with an analysis of why your listener and follower data on Spotify is not uniform.

The difference between listeners and followers on Spotify

You’ve probably noticed that some artists on Spotify have millions of listens on some of their tracks but only have a few hundred followers. Why is this the case?

Primarily, the reason for this is the huge influence that Spotify playlists have on listener behavior on the streaming platform. As a result, musicians are competing for a position on Spotify’s highly coveted editorial playlists to boost their audience.

But it’s notoriously difficult for artists to be selected for these playlists organically. Those that find their way onto playlists will see huge boosts in their figures when it comes to listening, but might not necessarily see any discernible change in their follower base.

Both metrics are important when considering your success on Spotify, so you need to understand what they represent:

On Spotify, monthly ‘listeners’ are regarded as unique individuals that play your track within a 28 day period. This enables you to see how many people are tuning in to your music.

Fans who become your listeners can find your music in multiple ways, be it through an organic search, visiting your profile, or by listening to your songs that feature on a particular playlist.

As mentioned already, most artists will have higher listener figures than followers, as not everyone who likes your music will follow your profile on the platform.

While listeners’ data is concerned with how many times your tracks are played, followers are people who like or follow your artist profile. Ultimately, they’re your fans!

It’s an easy way of glancing at your artist profile and looking at how popular you are with your fans. If people love the music you’re putting out there and find you on Spotify, they’re much more inclined to follow you so they can easily access your new music as and when it drops.

Spotify Followers or Listeners: Which Is More Important?

The truth is that you need to work on boosting both your number of listeners and followers. After all, they’re both extremely important when it comes to measuring your success and growing your profile as an artist.

The importance of monthly listeners

Monthly listeners are a key indicator of your relevancy and popularity as an artist and are typically the first thing that people will see when they check out your songs.

This is because Spotify heavily emphasizes listener data, as it is an accurate representation of how an artist is performing. Ultimately, it’s good business for Spotify to promote artists that their users like!

What’s more, it’s also a super simple metric for fans and promoters to understand without having to dive too deeply into the Spotify algorithm and how it all works.

When you land on an artist’s profile and immediately notice that they have over a million listens to a particular song, it’s hard not to be impressed. This is likely to drive fans towards clicking that subscribe button and could be the motivation a promoter or booking agent needs to take a chance on a band for an upcoming event.

Although we’ll discuss this in detail later in the article, placing yourself on popular Spotify playlists is an excellent way of increasing your visibility on the platform and ultimately increasing your number of monthly listeners.

The importance of followers

The fact that Spotify doesn’t currently have a feed where fans can easily monitor new releases of their favorite artists often leads musicians to overlook the importance of having a large following on the site.

Specifically, the reason that followers are of such importance on Spotify is down to the algorithm.

In spite of the absence of a dedicated feed for fans to discover new music, Spotify makes use of the likes of Release Radar and Discover Weekly to drive streams of new music they think particular users will like.

Release Radar, for instance, drops every Friday, and listeners receive new music from artists they follow and listen to, as well as artists that Spotify thinks they will like. As such, the more followers you have and the more they listen to your music, the more likely it is you will feature on Release Radar.

The algorithm targets specific artists, and as your number of followers grows, you provide the system with more relevant information it can use to profile and target your audience.

There’s no question that artists with more followers are more likely to appear organically on playlists and other Spotify features that drive streams, so it’s important not to ignore this metric.

The Listeners to Followers Ratio on Spotify

To work out your listener to follower ratio, a simple formula is required:

If you have a ratio of 1, it means that you’re converting all of your listeners to followers, and you’re doing a great job! But in reality, most artists have a much higher number of listeners than followers on the platform.

Let’s look at an example.

Taylor Swift is one of the most popular artists on Spotify. She currently has 56,144,648 monthly listeners and 47,970,000 million followers, putting her firmly in the top ten most followed artists.

To work out her listener to follower ratio, we need to do the following calculation:

The above sum indicates that 85% of Taylor Swift’s listeners follow her on the platform, which is great news for her success and popularity as an artist.

High listener-to-follower ratios on Spotify are indicative of established and successful artists, with Taylor Swift being a great example of this.

However, if an artist currently has a low ratio, it’s perhaps an indication that one of their songs has gone viral on a platform like TikTok, or they have been added to a certain playlist that has driven the popularity of one of their tracks.

Critically, one viral song doesn’t reflect a musician’s true fanbase, which is why it’s important to work out your ratio. Performing this simple calculation will provide you with a much better insight into your popularity and will enable you to grow your fanbase.

Spotify followers or listeners: Which is more important for royalties?

Spotify typically pays artists between $.003 and $.005 per stream, meaning you will need around 250 streams to make $1. Ultimately, what you are paid by the platform depends on your distribution contract and listener base.

The more listeners your songs rack up, the more money you will get paid. It’s as simple as that! One of the best ways to get your music more widely heard is to place it on Spotify playlists, as we introduce in the following section.

But just because you’re paid according to how many times your song is played, it doesn’t mean you should neglect your followers.

As we illustrated with the above ratio, it’s important to have both followers and listeners, as they work hand-in-hand and indicate your true fanbase. Equally, the more followers you have, the more likely you are to be placed organically in a Spotify playlist, and you also increase your chances of appearing on the likes of Release Radar and Discover Weekly.

How to boost your Spotify followers or listeners

There’s no escaping the fact that both followers and listeners are important if you’re hoping to make a name for yourself on Spotify. But how do you boost your numbers and earn more money?

Arguably the best way to increase your number of monthly listeners is to appear on Spotify’s highly coveted playlists. This is where Spotify selects tracks to include on their most popular playlists, which is often done by genre, theme, or various other means that are not always obvious to independent artists.

As you’ve probably guessed, being selected on one of Spotify’s most listened-to playlists is far from straightforward and is certainly not an easy thing to do for new and upcoming artists.

The good news is that our Spotify Placement Service gets your tracks featured in popular playlists on Spotify – 100% guaranteed! You can choose your playlist based upon your specific genre and number of active followers, and we will place you and help your music go viral.

Our playlist placement service ensures you will be heard by new fans, which you can then hopefully convert into followers who will become your long-term fans!

In addition to our placement service, we also provide artists with Real and Targeted Spotify Promotion, which helps you reach a huge audience while growing both your listeners and followers simultaneously. Although engagement varies from campaign to campaign, our premium campaign typically returns 50,000 streams and 5,000 followers every month.

Be sure to browse through our various services and campaigns to find the solution you need to grow your profile and Spotify and start earning serious royalties on the platform.

Yes, Spotify pays out royalties based upon the number of streams your songs achieve, but growing your followers will ensure your music is heard by a much broader audience and will give you a much clearer representation of your popularity as a musician.

And because it’s notoriously difficult to earn a place on one of Spotify’s coveted playlists organically, make sure you check out our range of Spotify promotion services to ensure you can kick-start your music career on Spotify today.