How Do Artists Choose Singles: A Complete Guide 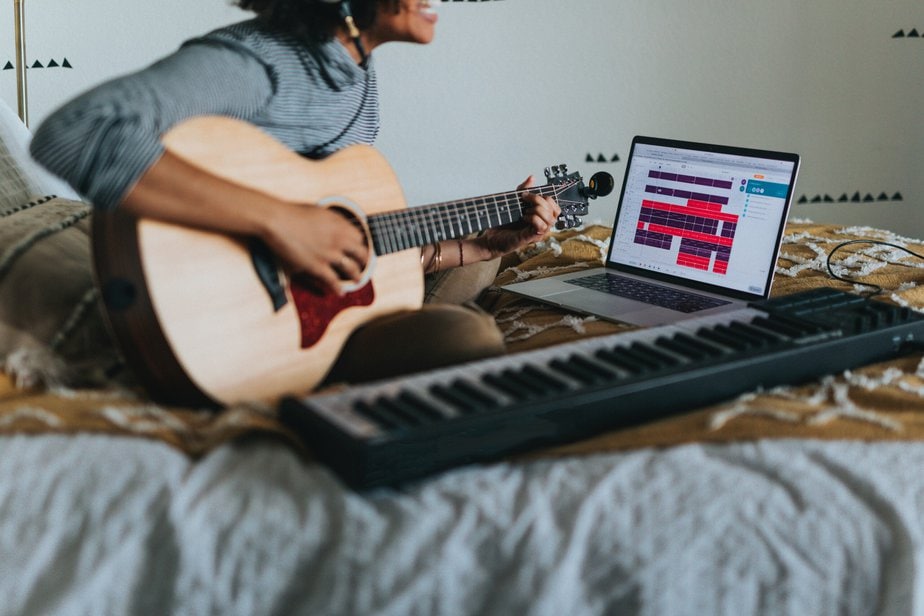 How do artists choose singles? Selecting the Lead Single for a new album is a critical decision for an artist. This represents the first song you debut to the world, months, weeks, or even mere days ahead of an album.

A single is designed to serve two purposes, draw in new listeners and build up hype for the full collection. You can easily observe them as movie trailers, but for the music industry.

It begs the question of how the right choice is made. If you have access to a team of managers or a record label, there may be a process to decide. However, if you fall under the category of one of the millions of indies out there, you will need to make the decision alone.

Here are the eight most important variables that talented musicians consider when deciding on a Lead Single.

If you have only a single song that stands out, making for an obvious choice, it’s not time to release the album. Indie artists only succeed in sustaining themselves by building a loyal following of listeners. In the event that you release a killer track that is followed up by a mediocre collection of songs, your audience will not want to stick around. Music requires consistent quality to engage audiences for every track.

Truly outstanding songs can be released as standalone singles. Unlike lead singles, a standalone is quite useful in a multitude of ways. They lead to collaboration, build brand awareness, and can be utilized to put people on an email list.

Still, how do artists choose singles? There are a number of artists that mainly focus on the release of standalone singles in the substitution of albums as a viable approach. Still, the majority of indie performers have found that, time and time again, albums are the best way to cater to fans.

Of course, you can always release the single on the album when released. However, you should keep spending time in the studio to ensure all the tracks are special.

No matter the style or tone, no musician’s body of work can serve everyone. Often, you will discover some people fall in love and desire more.

Unfortunately, these individuals will always be in the minority. Music attracts and repels listeners with an equivalent force, and it all depends on a person’s individual taste.

A lead single should be targeted primarily toward core listeners. This means understanding who they are and what it is they like.

There should be no artist that says their music is for everyone. Instead, you should seek out those who love your music and who will appreciate the value that is offered. Ignore those who show distaste for your style, and embrace the ones who show praise.

Never try to be catchy with a single. The best artists choose songs that are the greatest representation of their identity. This is what not only creates but maintains loyal fans of a brand. Singles should be the beginning of a relationship that takes listeners from strangers to passionate lovers.

As a musician, you will be interviewed about their single on multiple platforms dozens of times. You’ll be asked what the song is, why you wrote it, and the meaning it has. These questions all serve the same fundamental purpose, “what will the song mean to me if I listen?”. Sometimes, songs come in response to a certain mood or random event in one’s life. It’s important to write down why things happened and what resulted in the creation of the track.

To achieve your goals with music, you need to have a single that can be easily shared on radio, playlists, and YouTube. This means keeping the total run time below four minutes, avoiding explicit language, and having a short introduction.

If expletives are required to enhance the tone and point of a song, radio-edit versions can reduce the length and cut the foul language. Instead, the full version can be played elsewhere to draw in true fans. It can even be made an exclusive that can only be purchased or as a way to grow an email list.

Having a quality body of music means making it challenging for you to narrow down your favorite. Up to 5, but no less than 3 tracks are an ideal shortlist for a lead single.

Rather than simply listening to their heart on which one is best, the top musicians are humble people and go around asking friends, family, and core fans which song they’d like to have as the lead.

It helps especially to speak to the core fans, as these are the ones who come to your shows, inform their friends about your new songs, purchase your work, and comment on posts. These individuals will forever be the cornerstone of your journey.

Honing in on your best songs will require you to step outside your comfort zone. In addition to those who will inevitably show some form of support for your work regardless of its quality, you should be willing to take things a step further.

This means asking for feedback from experts in the industry who will be as critical as they should and asking regular everyday listeners who are unfamiliar with your music.

Your lead single must build anticipation and draw in new fans. It can be as simple as finding a handful of strangers to spend a few minutes listening to 4 songs and then telling you their favorite.

Furthermore, you could consult colleagues at work, those at your club, or the parents of your children’s friends. As long as music remains an important part of their lives, they will provide valuable opinions.

Send your network of experts a private link to your collection of shortlisted tracks and find out which one they believe should be the lead.

This can be requested in exchange for something else. It could be the first live performance, the first play on the radio, etc. Of course, it’s not always necessary. Some people just appreciate being requested for their thoughts on someone else’s work.

After giving yourself a healthy array of quality options to choose from and using not just your own feedback, but the opinions of others to narrow down the right song, it’s time to choose.

If you found that the overwhelming majority of people you reached out to all had their minds set on a single track, then congratulations. You may even have data left over to decide on a future lead single if there was enough positivity for your leftover tracks.

Things may not work out so smoothly. Other times, there may be two songs with the same level of support, or worse, there is completely opposing feedback from the various groups. When this happens, you should put more of yourself into the decision-making and embrace the slightest majority decision by those you reached out to.

Give every single song multiple listening sessions to really get a feel for the style, tonality, and message it’s delivering. Ensure that this matches with the album, and you’ll be all set.