What You Need To Know Before Signing A Record Deal: Don’t Fall Into A Trap 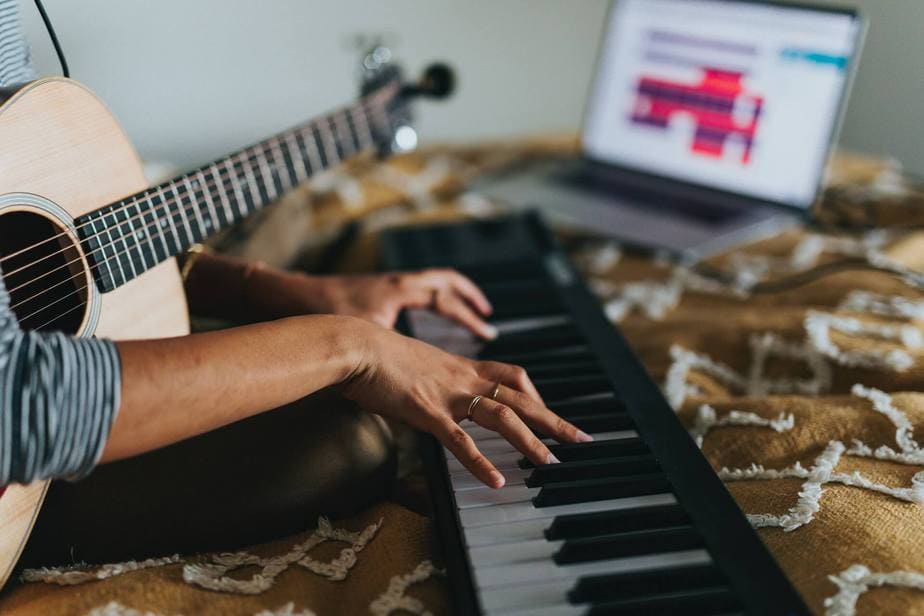 In fact, countless artists have made huge mistakes when signing a record deal. Instead of gaining something, they lost out on much more.

So, how can you tell the difference between a good record deal and a contract that’s better left unsigned?

It can be tempting to only look at the big names a label has under their belt—but smaller artists with a similar story to you are more telling than the successes of big artists under the same label.

So, do your research. Does this label invest most of their time, energy, and money into big names that will make them more money while leaving smaller signed artists in the dust?

Look at artists similar to you. Whether you’re a small singer-songwriter or an experienced but young band on tour, find other musicians who were just like you when they signed to the label.

You want to see success stories about small bands who signed then grew. Are they playing more shows? Are they on the map?

You want to see festival lineups, news coverage, good advertising, and adequate support. Overall, look at the albums these musicians have released since signing a record deal—are they growing album after album?

What the contract actually says.

Record deals are not one-size-fits-all, and your contract could be different depending on tons of factors, including who’s signing you, how you were discovered, and how good your lawyer is.

Remember, contracts are always negotiable. If you don’t like what you see, don’t sign the contract. And if you want to sign it but need some things adjusted, be upfront about it.

Never sign a contract without reading it—or having a trusted and knowledgeable entertainment lawyer read it on your behalf.

What fees you’ll have to pay them.

It’s true that some record deals may actually cost you money. Horror stories like these are often why professionals recommend independence over signing a record deal.

Look for these keywords in your contract because they could point towards hidden fees that you’ll end up paying for:

How the deal will affect you long term.

It’s always easier to focus on immediate gratification and overlook the long-term advantages (or disadvantages) to a record deal.

However, signing a record deal is a long-term commitment, and the long-term effects are even more important than the immediate gains. Do you want to be a musician in five to ten years, or are you happy settling after just two successful albums?

If being a musician is your passion, then listen up.

A traditional record deal signs away the ownership of your recordings. Instead of you owning them, the label owns the rights to your music. The length of time that the label owns these rights is determined by the license.

Most labels will ask for a lifetime license, which means you’ll never own the rights to your own music—like Taylor Swift, who rerecorded her albums so that she can earn the money she deserves.

When negotiating the license terms, try to push for:

If a better option comes along or internal changes shift how the label treats you, you want to ensure that you can jump ship if you need to.

Streaming services can generate tons of money for independent artists, but when you sign to a record label, you only receive a portion of those profits.

For many musicians signed to labels, physical copies of their music pay better. So, look into how the label sells physical copies—and what your cut will be.

Most labels offer 15-20% of sales after costs of things like marketing, lawyers, and manufacturing.

In addition, make sure your label doesn’t use traditional distributors. These distributors are expensive, and they cut your profits.

What you’ll be paid.

The main ways musicians get paid after signing a record deal are through:

Royalties are what you’ll earn from the physical copies of your music, and advances are lump sums that the record deals will give you initially.

Publishing income is specifically for songwriters, and this generates income from streams and physical copies of your music.

Before you sign a record deal, make sure you know exactly how, when, and what you’ll be paid.

How much control the record label has over you.

In addition to owning the rights to your music, record labels often include clauses in contracts that limit what you can do, say, write, or release—and for how long.

Avoid signing any deals that give the record label power over you for longer than one year maximum—and be weary of big promises that are often empty.

It’s a common tactic for major record labels to sign artists with the intent to crash their career—if that artist could be competition for another musician they’re developing.

Whether there is a release commitment or not.

A release commitment is a commitment that the label will do the work they say they’ll do:

This promise ensures that you’ll release an album. If you don’t put out any music (and it’s the label’s fault), you’ll be allowed to walk away from the contract.

What the minimum marketing spend is.

You also want to see minimum marketing spend number listed in your contract. This means that the label must spend a certain amount of money marketing your music.

Without this clause, you may just have to rely on your label’s word—which isn’t worth all that much.

What an audit provision is.

An audit provision allows you, the musician, to audit your label after signing a record deal.

This means that you can audit your label at any time to ensure they’re paying you the money you deserve.

Although the artist is usually liable for the audit, you can include a clause that makes the label responsible for the cost of the audit, especially if major discrepancies are discovered.

The Bottom Line: Is a record deal worth it for a small musician?

In many cases, a record deal isn’t worth it. Large labels have a long history of manipulating small artists to make a profit for themselves while leaving the artist in the dust.

However, that doesn’t mean signing a record deal is always a bad idea—just be sure to check the contract details with an experienced entertainment lawyer before you sign it.

If you want to pursue your music career as an independent artist, you can—and you can do it successfully with little overhead, thanks to social media.

To boost your music on social media, Musicvertising’s Spotify promotion package is guaranteed to put you on the map—whether you’re looking to sign a record deal or find success as an independent artist.