Sampling Or Plagiarism? Here’s A Complete Guide About The Difference! 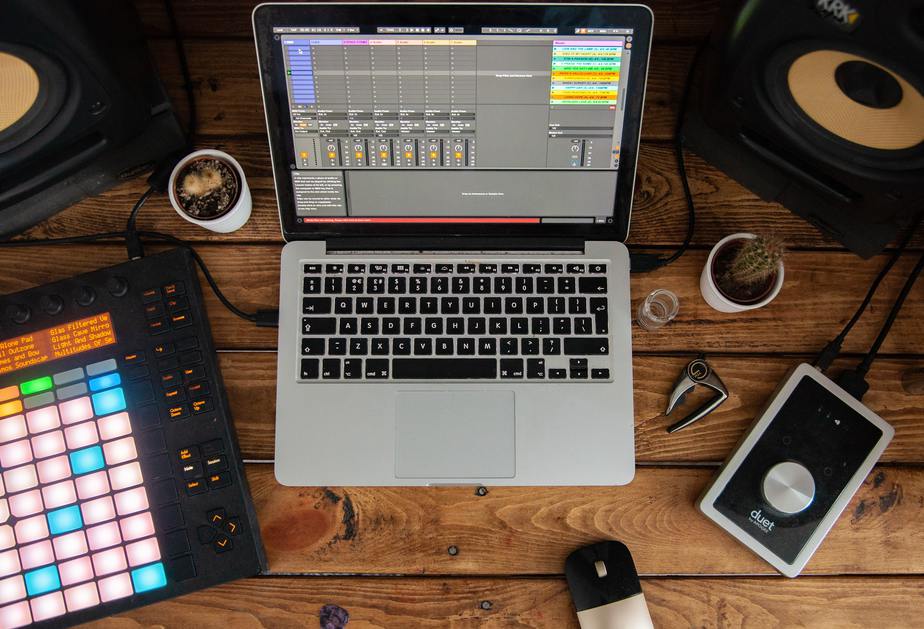 When you begin writing and creating music for the first time for profit, it’s important that you understand the differences between sampling and plagiarism.

After all, sampling is about building on tracks that inspire you before making them your own. But there’s a fine line between sampling tracks from another musician and infringing copyright laws by plagiarizing their music.

So, we’ve put together this detailed article to illustrate the differences between sampling and plagiarism, so you can create music safely with the knowledge that you’re not breaking any laws.

Sampling is a term that is widely used in the music industry, but it’s often misunderstood. This is because it doesn’t mean the same thing to every composer or artist, and it doesn’t come with a uniform definition.

However, broadly speaking, sampling is the act of taking a part of a previously composed musical track before using it in a news release. You might like a particular beat of a song and sample it in your own music, for instance.

On the other hand, plagiarism is the practice of taking someone else’s work and passing it off as your own. While the term is predominantly used to refer to written work, it’s certainly relevant to the music industry.

English artist Ed Sheeran is currently battling in court regarding a plagiarism case relating to his song ‘Shape of You.’ He has been challenged by Sami Chokri for copying a part of his earlier release, ‘Oh Why.’

The reason that this case is so interesting is that the plagiarism case relates to only eight octaves of the song, and if you listen to the tracks, they’re pretty different! Sheeran himself admits that he was ‘shocked’ to hear Chokri’s song for the first time but contends that he hadn’t heard it until it was played to him.

This shows that plagiarism in the music industry is very much a grey area, and it’s not easy to say if tracks are, in fact, plagiarized.

Where does copyright come into it?

When you’re trying to work out if a case is sampling or plagiarism, you need to be aware of copyright laws. In the United States, copyright law states as follows:

“Copyright is a type of intellectual property that protects original works of authorship as soon as an author fixes the work in a tangible form of expression. In copyright law, there are a lot of different types of works, including paintings, photographs, illustrations, musical compositions, sound recordings, etc.”

What you need to understand is that as soon as a person writes a piece of music or composition, copyright automatically exists. There’s no need for them to register their music, as they are automatically covered by copyright.

So, if you took a dive into the annals of music history and pulled out a ballad from the past to add to your current release, you would be infringing copyright law.

In this regard, plagiarism is a type of copyright infringement, so you need to be super careful when releasing your own music.

Why is sampling a grey area?

Human beings can’t agree on anything, and music is no different! What is blatant plagiarism to one person is a clever act of sampling to another. This is why it’s so difficult to definitively say whether a case is sampling or plagiarism.

However, there are some aspects of music composition that you can use to guide you to help you define sampling, as we explain below:

While there’s no official length that music samples can be, it’s widely agreed that if you’re going to take a sample from someone else’s song, you should only really deal with a small portion of the track.

Still, some people think you can sample up to a minute of a track, which is, in most cases, around 1/3 of the song. But the key here is to get permission.

If you take one minute of someone’s music and use it in your own track without permission, it’s 100% a copyright infringement and would be regarded as plagiarism.

However, if you get written permission from the artist to use a specific section of their music in your composition, it’s a case of sampling and is perfectly legal.

As you will no doubt be aware, there are different ways you can use samples of other artists’ songs. For instance, if you take a block of lyrics and incorporate them into your track, there’s no doubt whatsoever that you’re plagiarizing their copyrighted material.

However, sampling is usually a lot more subtle than this. For example, you might take a small segment of a background track that you really like and repurpose it in your own music. Providing all the other elements of the song are unique, you will probably get away with it.

The debate about whether something is sampling or plagiarism usually blows up when you have used someone else’s work front and center of your own release. In other words, the longer and more obvious the sample is, the more you risk being accused of plagiarism, particularly if the song becomes a hit.

Another thing that you need to think about when it comes to sampling is how much you have changed the original track or segment that you have included in your release.

If you merely add it to your song and don’t try and make it unique, you leave yourself open for criticism.

However, if you change the notes, beats, or lyrics, for instance, you can make the case that you used someone’s sample as inspiration before creating your own unique music.

Of the three aspects of sampling introduced thus far, this is perhaps the shadiest area. It’s because the amount you change a track is completely subjective, and it’s completely open to interpretation.

To illustrate this point, let’s return to the example of Ed Sheeran. Sheeran is accused of plagiarizing the lyrics “Oh Why, Oh Why, Oh Why?” which Chokri contends is a carbon copy of the lyric that he coined in his music.

Granted, there are some similarities, but they’re not exactly the same. Is it feasible that it’s just a coincidence that both musicians have the same lyrics in their songs? Or maybe Sheeran simply sampled that part of Chokri’s song? Perhaps. But it’s up to the court to decide!

But as this example shows, it’s really difficult to tell if you’re dealing with sampling or plagiarism. So, our advice is simple – always err on the side of caution when you’re trying to incorporate music from other artists into your tracks.

If you create a song that rockets onto the US billboard chart soon after its release, congratulations! However, if you have included sampling in your song, you might come in for some criticism.

Essentially, the more popular a song is, the more likely it is for the copyright holder to argue that you have stolen their intellectual property. Even if it is a total coincidence or if you think you did a great job of masking the sample, you still leave yourself open for scrutiny.

This also doesn’t excuse plagiarising tracks from relatively unknown artists, even if you’re one yourself. In 2022, it doesn’t take much for a song to go viral – a simple TikTok skit or a popular Instagram post and all of a sudden, your music is being streamed by millions of people.

If you have plagiarized someone else’s work, you will become a victim of your own success. So, as much as you like a ballad or a beat from a song, it’s best just to leave it alone. The last thing you want is a copyright case on your hands, as things will get expensive very quickly.

What are the consequences of plagiarizing music?

Moral integrity aside, the reason why it’s so important to discern whether your tracks are a case of sampling or plagiarism is that you absolutely don’t want a copyright lawsuit on your hands.

Even if you made an honest mistake and had no intention of ripping off a musician, you can still find yourself embroiled in an expensive legal battle that you hadn’t foreseen.

After all, ignorance is never an excuse as far as breaking the law is concerned. As a musician, you need to be fully aware of the consequences of sampling or plagiarising, whether or not you intended to do either.

While every case is different, you may end up having to pay statutory damages to cover a copyright case. This could be anything between $200 and $20,000 for the single use of a sample, but it really just depends on the popularity of the song in question.

If the owner of the copyrighted material takes you to court, you stand to lose a lot of money if they find you guilty, as well as your hefty legal fees. Following the verdict, you may then have to destroy your audio files, and your reputation will be tarnished in the industry.

Here’s an example to show just how financially damaging a lawsuit can be.

After the incredible success of “Blurred Lines” by Robin Thicke and Pharrell Williams, the estate of the late great Marvin Gaye contested in court that their song infringed the copyright of Gaye’s “Got to Give it Up.”

Following a three-year court battle, Thicke and Williams were found guilty of copyright infringement and were forced to pay Gaye’s estate $5.3 million. They also have to send 50% of future royalties to Gaye’s estate.

As well as having controversial lyrics (the song was banned by many universities in the UK), it also leaves its legacy as one of the most expensive cases of plagiarism of all time.

Sampling or plagiarism – a recap

As explored, there’s a very fine line between sampling and plagiarism. It’s so fine, in fact, that lots of artists couldn’t tell you with any authority what is plagiarism and what isn’t.

So, it all comes down to intention. If you want to sample a song, our advice is to reach out and seek written permission from the relevant artist first. This way, you’re protected if your music becomes popular.

As far as plagiarism is concerned, there’s simply no place for it in music. The best hits are those that are unique and express your individuality as an artist. Don’t settle for simply copying the work of another musician.

If you do, you will almost certainly get yourself into trouble and will be footing the bill for your misdemeanor long into the future.

At Musicvertising, we help artists from all around the world promote the tracks that they’ve put a lot of time and effort into releasing.

We know it’s hard to get your music out there, which is why our real and targeted Spotify promotion service can help you boost your numbers and increase your profile as an up-and-coming musician.

We will help you get your music heard by thousands of people, and our playlist placement service enables you to position your music in the niche and genre that you desire.

If you’re hoping to build your brand as a musician on YouTube, we can help you with our marketing promotion on the platform, which will increase your number of views and subscribers.

Ultimately, if you want to get your unique music out into the world, Musicvertising is here to help.

There is a particularly fine line between sampling and plagiarism, so you need to be careful when you take inspiration from another musician’s tracks. Hopefully, you now understand the differences between the two, and don’t get yourself into trouble!

Remember, it’s much better to promote your own unique music, as opposed to taking content that isn’t yours and trying to use it to your advantage.