What Are Music Royalties And How Do They Work? (+ Tips To Increase Your Royalties Payment) 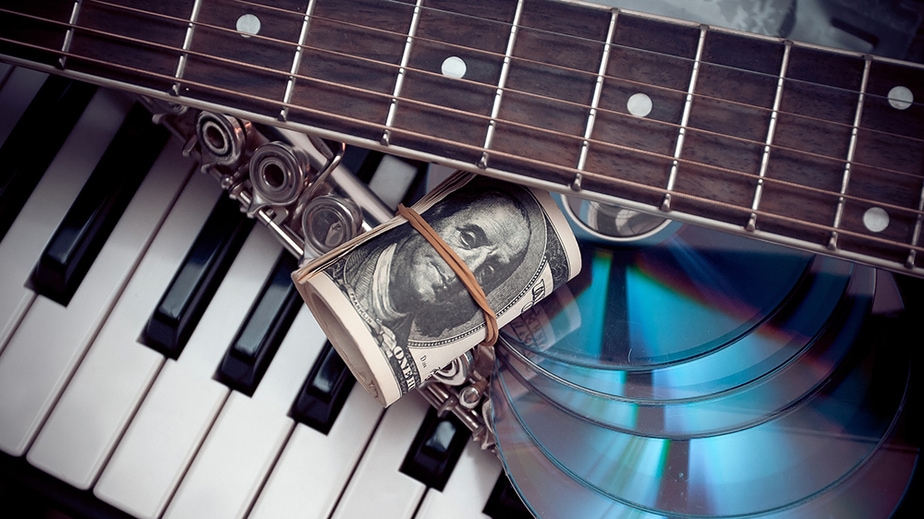 Music royalties are one of the most crucial aspects of the industry, but they’re also one of the most misunderstood. This is largely due to the fact that they’re extremely complex and difficult to understand.

But failing to grasp the music royalties that you’re due as an artist will see you struggle to earn money from your endeavors.

Here, we explain everything you need to know about music royalties and take a deep dive into the various stakeholders and rights holders you need to be aware of.

By the end, you will have a much clearer picture of how music royalties actually work and why they’re so important to your success as a musician.

The first thing to say is that music royalties are complicated! Different platforms pay royalties in unique ways, which makes it difficult for musicians to predict their revenue streams.

However, in simple terms, a music royalty is a payment made to the rights holders for the licensed use of a piece of music. Rights holders include songwriters, singers, composers, recording artists, and various other representatives in the industry.

When you take into account all of the people involved with the production of a song, music royalties are often diluted, and the musician doesn’t always receive a great deal of money for their work.

The institution responsible for royalty payment is that which licenses the track and plays it to its respective audiences. In the present day, this includes online streaming platforms, TV channels, and radio stations, for instance.

In spite of their complexity, music royalties are the primary way in which many musicians make money, so it’s super important to understand how they work. Below, we take a deeper dive into the structure of royalties, starting with the two types of music rights you first need to understand.

There are two rights associated with the production of music: master and composition. In other words, there are two primary levels at which royalty fees are paid out:

When the lyrics, melody, and harmony of a piece of music are turned into an actual track, it often becomes the property of recording artists and record labels. In the industry, this is referred to as the master rights of a track.

The individuals responsible for composing the song itself (the songwriter and music publisher) own the copyright for the lyrics, melody, and harmony of the song.

What you need to know is that both entities are due royalty payments when their music is licensed. While this is simple enough to understand, music royalties are about to get a whole lot more complex!

Given that there are so many ways in which your music can be licensed, there are multiple types of music royalties that you need to take into account. The reason that this is so confusing for many artists is that they all work in slightly different ways. All told, there are six types of royalties you need to consider:

Today, it’s estimated that around 500 million people are subscribed to music streaming platforms worldwide. There’s no doubt that it’s one of the most popular ways in which people listen to music today, particularly in the western world.

While record sales used to be one of the primary sources of income for artists, this has been replaced by music royalties earned from platforms including Spotify and Apple Music.

Recording artists and labels partner with aggregators to put tracks on Spotify, which then sees a return payment of the royalties due for the music.

The way that royalties are calculated on streaming sites is pretty confusing, but let’s look at Spotify as an example.

Spotify earns money from its paying subscribers and ad revenue. A portion of this money is then made available as music royalties and paid as master and subscription rights. Insider discovered that Spotify pays between $.0033 and $.0054 per stream, meaning approximately 250 streams equals $1 in royalties.

Simply, the more streams an artist gets on Spotify, the more they receive in music royalties. Our extremely popular Spotify Playlist Placement Service helps you to broaden your audience, receive more streams, and increase your royalty fees on the platform.

Neighboring royalties are paid to the copyright holders of the sound recording performing artists. In many cases, this is the record label that represents a musician. The way that neighboring rights are collected is a little more difficult to understand.

Again, aggregators within particular markets are responsible for ensuring record labels get their cut. But there are so many things to consider before a neighboring royalty is paid, including the type of performance, where the music was played, and when the music was created.

One thing that’s important to note is that neighboring music royalties are largely dependent on where the track is played. For instance, in the United States, terrestrial radio stations don’t compensate sound recording owners. However, in many other countries, neighboring royalties are paid when a track is broadcast on the radio.

As such, neighboring royalties aren’t always due, so it’s important to be aware of the local legislation.

You might think that digital performance royalties are similar to streaming rights. But they largely deal with the grey area between FM/AM radio and digital radio stations. After all, the American rule of not paying record labels royalties doesn’t apply to digital radio platforms.

Therefore, if your music is played on an American digital radio platform, neighboring rights are due. But as this is super confusing for most people to grasp, the industry came up with a designated group to collect royalties in this space – SoundExchange.

Before playing music, digital music platforms need a license that is issued by SoundExchange. The role of SoundExchange is then to issue music royalties to the respective rights holders, which sees them paid out in the following way:

In 2021, SoundExchange distributed just short of $1 billion to the respective parties in the music industry, highlighting the important role they play in ensuring music royalties reach the right people.

When music is synchronized to any other form of content, be it on TV ads, video games, movies, or even YouTube videos, a sync licensing fee is due to the musician.

This one is quite easy to understand. Any time a piece of music is used as a component of any other type of content, music royalties are due to the artist. Before syncing a song, users must apply for a license from sound recording and composition owners, which means both rights holders earn from the collaboration.

Sync licensing fees are also a one-time deal. Users submit an application to license a particular song for a particular use, and they’re not able to access a broad library of music for their project.

If you think about your favorite movie and its respective soundtrack, you can be confident that the musician responsible for the track received royalties through sync licensing fees.

Next up are public performance music royalties, which refer to payments made to musicians when a song is played in a commercial environment. This includes restaurants, clubs, bars, live music venues, sports stadiums, and so on.

When music is publicly played on the likes of radio and TV channels, the responsibility for the collection of royalties falls with performance rights organizations. The largest such body in the United States is SESAC, while PRS does the same thing in the UK.

Any business that broadcasts music in a public setting must apply for a license from the respective entity, which is how musicians are then paid for their production.

The sixth and final type of music royalty is known as mechanical royalties. Each time a copyrighted composition is distributed in digital or physical form, a royalty payment is made to the musician.

Historically, this dealt with the sales of cassettes, vinyl, and CDs, but as these have largely gone out of fashion, the majority of mechanical royalties today are generated by the digital streaming platform.

The way that mechanical royalties are paid on streaming sites is far from transparent, but the responsible performance rights organization is responsible for sending the fees to the music publishers.

How are royalties paid?

As you now know, the way that music royalties work is exceptionally complex! This is why it’s so difficult to offer musicians a ballpark figure of how much they can expect to make when producing music.

It’s also another reason why some musicians look to monetize their tracks in other ways, by remaining independent and launching their careers on YouTube. While record labels often provide more exposure, they take a significant cut of royalty payments at the same time.

However, musicians receive royalties in numerous ways. The first is directly through the streaming platforms on which their tracks are played. This might be through an aggregator, but it’s often the easiest way for independent artists to receive their royalty payments.

The other main way that musicians receive money is through the respective performing rights organizations in their region. These third-party organizations, such as SoundExchange, take money directly from users and send it to musicians and their record labels, taking a cut for themselves.

Ultimately, the whole landscape of music royalties isn’t easy to understand and make sense of, which is why it’s so important that you do your research as a musician. Be sure to understand the terms and conditions that you agree to and compute your royalty payments accordingly.

How to increase your music royalty payments

One of the best ways for up-and-coming and independent musicians to boost royalty payments is to receive more streams on Spotify and other popular platforms.

When you’re trying to break into the mainstream, it can be difficult to get your tracks played on the radio, TV, or via any other medium, for that matter.

Yet anyone can upload to Spotify, meaning you have an excellent opportunity to monetize your music from the get-go. As explained, Spotify pays royalties per stream, so increasing your streams on the platform will go a long way to boosting your royalty payments.

Our Spotify Promotion Services are perfect for musicians who are hoping to build their profile on the platform and receive more streams. We can help you with targeted campaigns that will earn you royalties and increase your audience as a result.

In particular, our Playlist Placement Service is super popular, as this is a guaranteed way of increasing your numbers on Spotify and adding to your bottom line as a result.

Due to the difficulty in getting your music heard organically in the present day, our campaigns provide you with the helping hand you need to broaden your listener base and increase the music royalties that come your way.

Although music royalties are difficult to understand, it’s important to grasp the basics if you’re hoping to forge a career in the music industry.

Hopefully, this informative guide has shown you just how intricate the landscape is and highlighted the importance of understanding the terms and conditions of each arrangement before getting started.